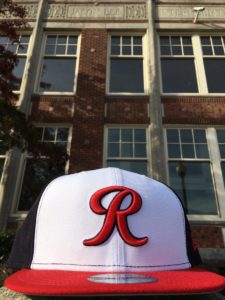 During R Month of Giving, the Tacoma Rainiers are collaborating with totally Tacoma projects to help raise funds for initiatives that truly matter in the South Sound through a movement called “R Hat R City.” This November, five dollars from every Rainiers hat purchased from Cheney Stadium or thru the online Team Store will be donated.

The latest episode of This Is R City detailed one of the initiatives the team will be donating to, the “Watts Up!” solar project at Jason Lee Middle School. Founded by three former Jason Lee students, now freshmen in Tacoma, and their junior high science teacher, this group’s goal is to install 277 solar panels on the roof of the school. They’ve gotten the approval from the Tacoma Public School board, and are now out raising nearly $200,000 to begin installation.

Rob Marcello Jr., formerly with the Advanced-A Modesto Nuts, reported on his personal Twitter account that he’ll be the 2020 Tacoma Rainiers pitching coach. Rainiers broadcaster Mike Curto has more on his blog. Twelve players who finished 2019 with the Tacoma Rainiers declared for Free Agency.

Your newest PCL opponent is the Wichita Wind Surge. They are the Triple-A affiliate of the Florida Marlins and their new identity keeps it breezy, to say the least.

Here’s the meaning behind your Wichita Wind Surge!! Here’s to a new era in this great city!! pic.twitter.com/VxMoGRGkL0

The Wind Surge fly into Cheney Stadium for a four-game series from August 8 to 11. 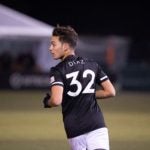 With the season over, the youngest Defiance players are keeping fit and developing while playing for the Sounders Academy. Alec Diaz has eight goals in eight appearances after scoring twice on Saturday. The kid is on fire.

Fourteen players who played with Tacoma in 2019 were on the Sounders FC roster for MLS Cup, including Justin Dhillon, Danny Leyva, and Alfonso Ocampo-Chavez. That trio started the season with Defiance and ended with the 2019 MLS Cup.

The First Team won their second MLS Cup in front of a CenturyLink Field record crowd. The earth literally shook when the Sounders scored. Way to be champions.

USL Championship side San Diego revealed their crest, colors, and name. It’s quite So Cal.

San Diego Loyal SC will compete at Cheney Stadium in 2020.

On Veterans Day we honored those that served and do serve. Check out our stories about Lincoln High graduate and Medal of Honor recipient Pappy Boyington, as well as the U.S.S. Point Defiance.

The Tacoma Team Store is open Monday-Friday from 11 a.m. to 5 p.m. and 24/7 online – click here for Rainiers and here for Defiance.