Rob Marcello Jr., the newest Rainiers pitching coach, talked to us about family, his drive for coaching and his season goals as he inches toward his Triple-A debut.

It’s almost time to come home, Tacoma. It’s been far too long since we gathered at Cheney Stadium, but single-game tickets for R Welcome Homestand (April 9-13) are on sale now. Lock up your tickets so you can enjoy the first five home games of 2020 from your favorite seat in R House.

Single-game tickets to R Welcome Homestand (April 9-13) start at $7. Season tickets are available. Email Tickets@WeRTacoma.com for more information regarding group and hospitality options for the 2020 season.

The M’s extended southpaw starter Marco Gonzales’ contract for four years, beginning in 2021. The 28-year-old tied for the MLB lead with 34 starts in 2019. Like you, Gonzales considers Puget Sound home.

There’s a blockbuster trade that was supposed to go down days ago. Mookie Betts and David Price could be moving from Boston to the Los Angeles Dodgers, but the deal still isn’t finalized as a physical is holding up the move.

Dogs on baseball fields. What more information do you need? 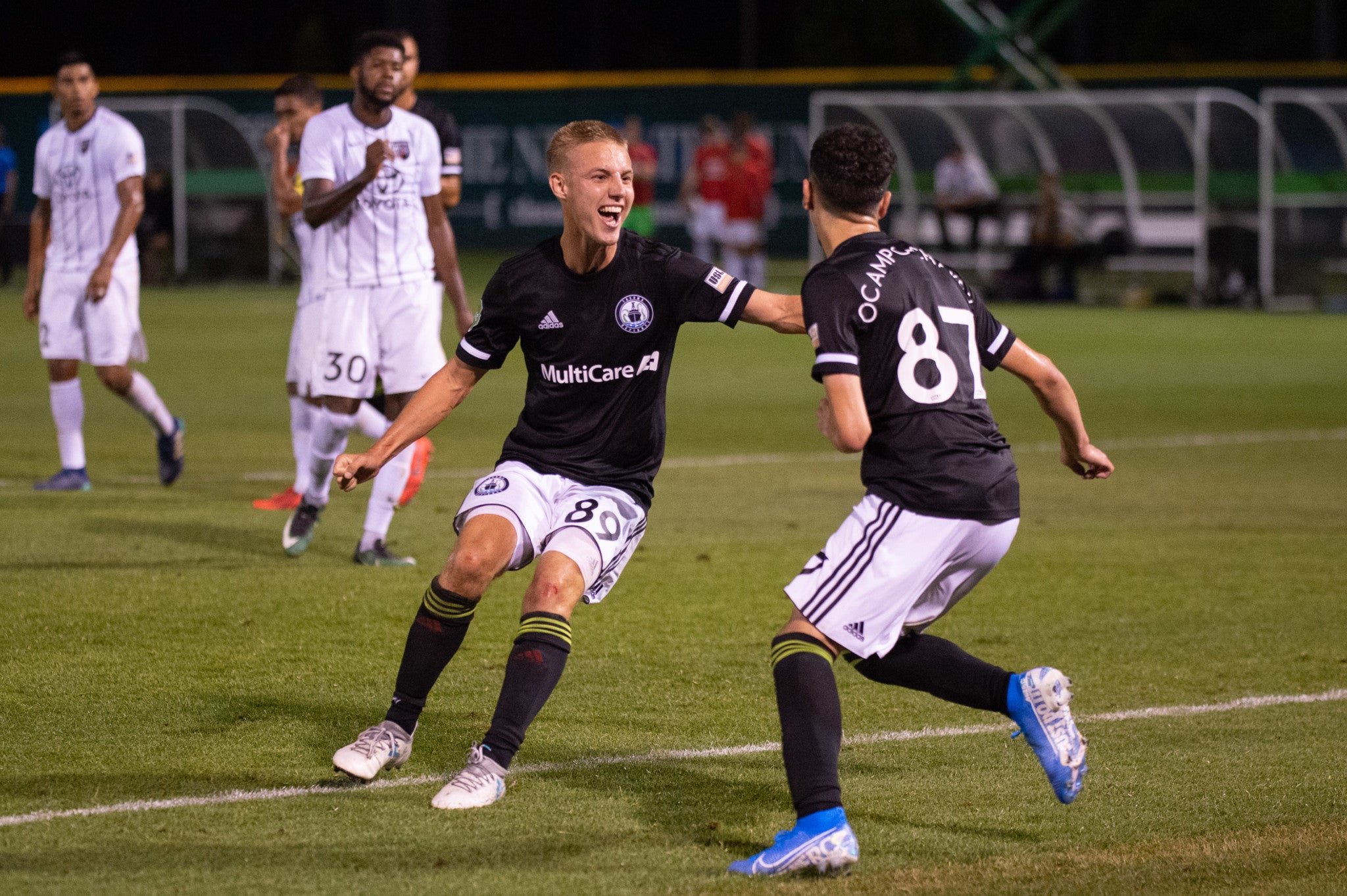 Jesse Daley Is The Defiant. The Australian represents Tacoma’s values through his play on the pitch. He’s assertive, tough, and full-throated in his support for the City of Defiance. He’s a captain without the armband. He’ll offer a helping hand to his friends and a stern talking to any and all of his opponents.

Defiance added USL veteran Taylor Mueller. The UW Husky and Sammamish, Washington native is the league leader in minutes played, a four-year captain with Charleston, and thrilled to return home. The move for a lock-down defender with a trophy on his shelf and knowledge of our soccer history is big.

Catch Daley, Mueller, and the rest of Tacoma Defiance in the four biggest games of the season.

Soccer preseason continues. Defiance winger Shandon Hopeau now has two assists while playing with the First Team, including one against Tacoma opponent Sacramento Republic. Hopeau’s performances against all levels of opponent make it clear that his advancements in 2019 will carry into 2020.

Continue your 2020 resolutions with a visit to Gather Juice Co., NW Float Center, and Expand Yoga. A single trip to Tacoma’s 6th Ave can start, or restart, your journey in healthier living.