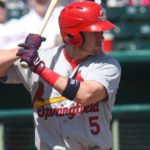 Cheney Stadium will likely be the host of a couple Seattle Mariners signings in 2020. Patrick Wisdom is on the 40-man roster and Jose Marmolejos is on a minor league contract. Both are corner players with some pop. No word if Joe Intelligence or Miguel Charisma are also being scouted by the Mariners.

R Hat R City may be over, but you can still donate to Jason Lee Middle School’s “Watt’s Up!” solar project.

Some people retire, other people are like Ichiro and strike out 16 batters and go 3-for-4 while supposedly retired.

The 2019 Winter Meetings start on December 8. Front office personnel from all levels of organized baseball are descending on San Diego for the five-day event which could be the location of a few blockbuster transactions. 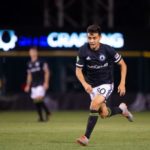 U.S. Soccer Development Academy star Ray Serrano is back with us in 2020. The winger is looking forward to translating his awards with the Sounders Academy into success with Tacoma Defiance. He already has 5 goals with the Academy this fall and is off at the Winter Cup with several Defiance teammates this week. Their match Thursday (12:30 p.m. PT) against NYCFC will be streamed by the Development Academy.

After playing three matches with Defiance and 18 with Seattle Sounders, defender Saad Abdul-Salaam is off to FC Cincinnati. The right back/centerback will be fitting into a defense that needs help. FCC gave up a league-leading 75 goals in 2019.

Jordan Morris is up for U.S. Soccer Male Player of the Year. Morris stands a chance at taking the crown just one year after an ACL injury.

Orlando City and Real Salt Lake both named coaches this week. At RSL, former Monarchs head coach Freddy Juarez is taking over the First Team in a permanent role. OCSC is committing to Oscar Pareja, the former Dallas head coach.

The Tulsa Roughnecks are no more. They are now FC Tulsa.

Our city has an official poet, the eighth in Tacoma’s history, actually. Current Tacoma Poet Laureate Abby E. Murray is working to bring poetry from downtown to both South and East Tacoma. Murray shares her poems about life in and out of military and arts communities.

We are prepping for the 4th Annual Downtown Tacoma Holiday Haul Crawl. Stop by our FREE winter wonderland at 938 Broadway on Saturday, Dec 14 (10 a.m. – 6 p.m.) to get a picture with your favorite Tacoma team mascots and Santa Claus himself. We’ll have merchandise available for purchase on-site and other great photo opportunities for the entire family.

The Tacoma Team Store is open Monday through Saturday until Christmas from 11 a.m. to 5 p.m. and 24/7 online. Click here for Rainiers and here for Defiance.