Aaron Northcraft sits in a blue, padded Tacoma Rainiers folding chair next to a sign that reads ‘Signing Autographs Today: Aaron Northcraft.’ Whether you’re the first fan through the gates, or the 1,000th, if Aaron is there, he’s ready to greet you and your family with a smile and an autograph. And if it’s 75 degrees and sunny, or 50 and rainy, he’s still there, sporting an ear-to-ear grin through his thick beard.

“I remember going to AT&T Park (San Francisco) when I was 11 or 12 and Mo Vaughn was signing autographs,” Northcraft said. “He didn’t say anything to me, but it was just cool knowing he was a big leaguer. If I can do that for some other kid who just loves the game, that would be pretty cool.” 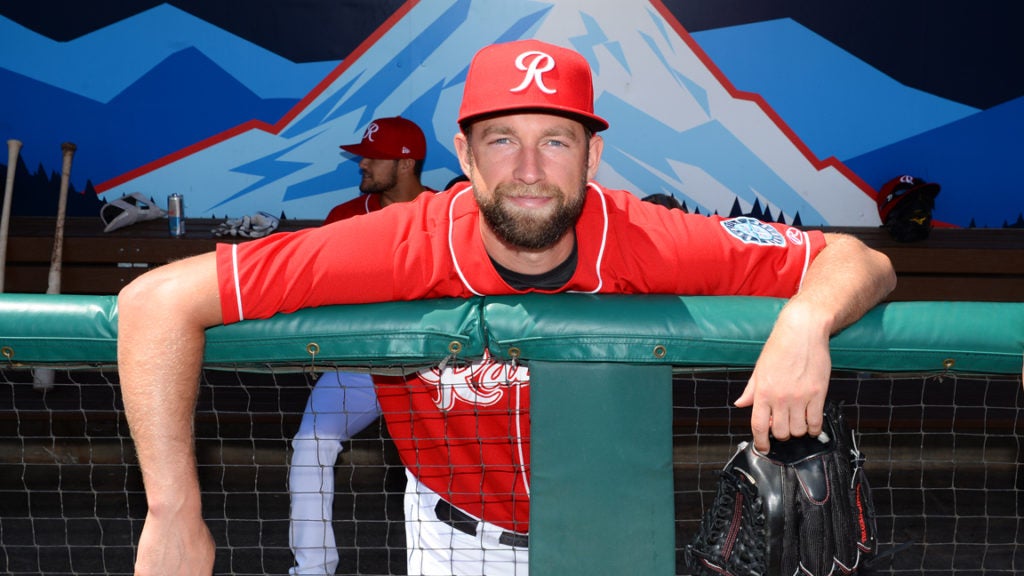 Northcraft’s positive perspective and passion for community engagement was developed over time. Some of it through tough circumstances. In late summer 2016, while playing for the El Paso Chihuahuas, the former starting pitcher felt discomfort in his throwing arm, which he was told was the result of a minor injury.

“There was pain in my elbow in my last outing, and after I came out, I couldn’t pick up a two-pound weight,” Northcraft said. “I physically couldn’t grip it. I saw the doctor, he said it was tennis elbow and to take a week off.”

“Eventually they shut me down for the rest of the season and told me to wait out the offseason. So December comes around, first throw- boom, I feel it. Then I got re-diagnosed and I had a partial UCL tear.”

After sitting around for nearly six months with an injury that would’ve taken just as long to recover from after surgery, Northcraft’s career was now set back significantly. Rather than dwell on missing baseball, the Tucson, AZ native chose to chase new passions. 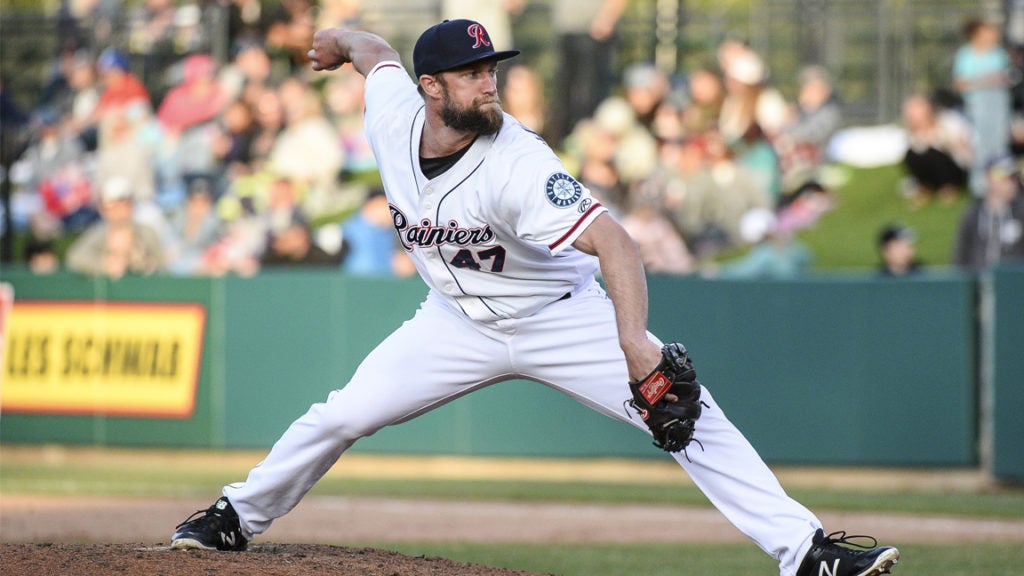 “I found a love of camping and other things that I enjoy but didn’t let myself do before I got hurt,” Northcraft said. “When I was training, I would say ‘I can’t do that because I’ll be tired for my workout.’ So I was able to camp, go to the beach, and meet new friends.”

Northcraft had to find a way to stay involved in baseball. Using his remaining good arm, he picked up his PlayStation controller and starting playing MLB: The Show. And he didn’t just play it, he mastered it.

“At one point I was number one in the world in for a day,” Northcraft chuckled. “It was my first year off, and I didn’t want to not play baseball so I played every day and practiced.”

The former Atlanta Braves Draft selection got back to 100 percent in summer 2018, and finally played professionally again in the Venezuelan Winter League before getting signed by the Seattle Mariners shortly after the turn of the new year. Northcraft came back with both a fresh arm and mindset.

“I feel like this injury was honestly the best thing that could’ve ever happened to me,” Northcraft said. “Baseball was my life, to where nothing else really mattered. The injury showed me that yes, I love baseball and it’s amazing for so many different things, but family and enjoying yourself outside of baseball is mentally healthy. I don’t put nearly as much stress on a bad outing. There’s always tomorrow and I still have my family and friends to enjoy life with.”

Fortunately for the now-sidearm reliever, he hasn’t had to cope with many bad outings this season. Promoted from Double-A Arkansas on April 19, Northcraft allowed just five earned runs in his first 19 appearances with the Rainiers, posting a 1.99 ERA and holding opponents to a .190 batting average.

What makes his numbers more impressive is that Northcraft is pitching from a sidearm slot for the first time as a professional. After throwing from a traditional over-the-top slot through the first eight years of his career, the 6-foot-4 right-hander made the simple choice to throw however he felt most comfortable.

“Byung-hyun Kim was my favorite pitcher growing up and I always wanted to be him, but I was told to throw over the top to be a starter so I changed what I wanted to do,” Northcraft said. “I came back to baseball doing things how I wanted to do it, not how other coaches wanted me to do it.” 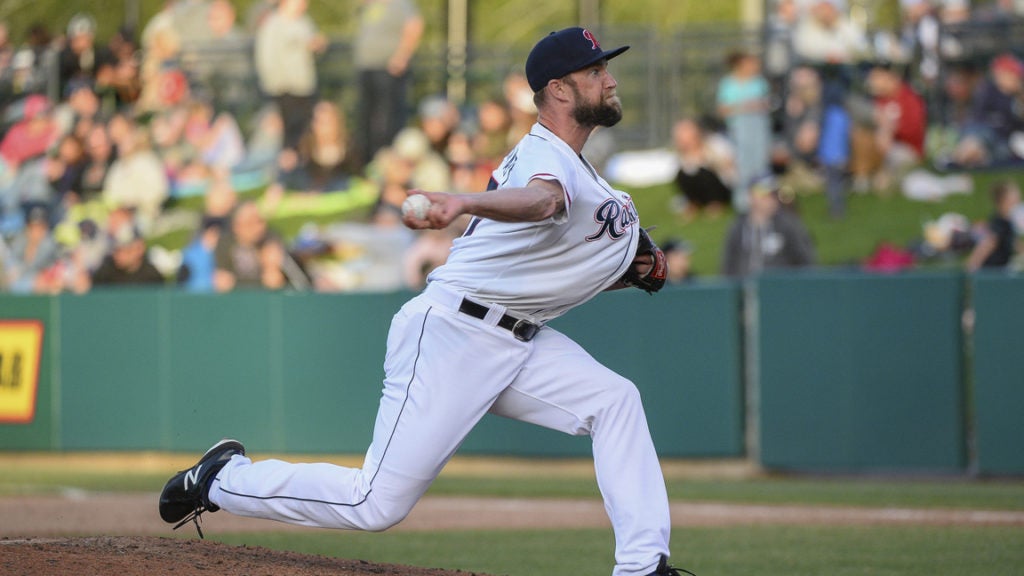 Back with a sense of independence and control, and a refreshed mindset, the 2009 draftee certainly hasn’t taken his eye off the illustrious prize that every Triple-A player is salivating over.

“I’m not going to change a thing,” Northcraft said. “I’m going to go out there and attack guys and get ground balls and show that I can be consistent to get a shot to pitch with the Mariners… and have fun.”

Sure, he wants that rush of playing in front of 40,000 fans under the brightest lights in the biggest markets, but Northcraft’s gotten a taste for winning in Triple-A during his time with El Paso, and feels that success at this level shouldn’t be overlooked.

”I would love to win another Minor League championship. Guys don’t realize how fast it can go, and when you look back and you have a ring, not too many guys are going to have had the opportunity to fight for that.”

“Pitchers in Triple-A are in the top-1,500 in the world. That’s a pretty cool thing to say, and if you get a ring for that, who else can say that?”

So remember, when you walk through the gates of Cheney Stadium and get your baseball, ‘R’ hat, or copy of The Dirt signed by Aaron Northcraft, you’re getting the autograph of not only one of the 1,500 best pitchers in the world, but by a man who has grappled with baseball mortality and won. He just wants to send you home with a memory.