Our nation’s most history-steeped soccer competition has come knocking to the City of Destiny’s front door. And while this is not the Lamar Hunt U.S. Open Cup’s first stop in Tacoma, without question this pitched battle between the Sounders and Timbers clearly becomes the biggest professional competitive match ever played outdoors in Pierce County.

Washington clubs of all sorts – from Sounders FC on down the slope of the American pyramid to state league amateurs – have contested over 140 matches in the Open Cup during its 105 years. Only it was not until 1964 that it truly became a national tournament, reaching the West Coast.

It was in that late autumn of ’64 that a group of Fort Lewis soldiers were granted some post-Thanksgiving leave to play a first-round match in Denver. They scored plenty of goals (7), yet as it turned out neither team advanced, both being disqualified by U.S. Soccer for using ineligible players. 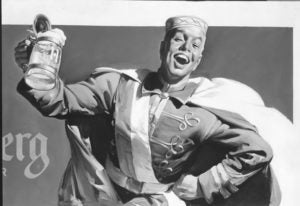 Since then there has been sporadic representation from Tacoma. The brewery-sponsored Heidelbergs of the state first division twice advanced during the early Seventies. FC Tacoma 253 had the honor of hosting the first Open Cup match in Pierce County, a 2015 first-round loss to Kitsap Pumas at Mount Tahoma High.

This time the stakes are much, much higher. An arch-rival has come to the city gates, seeking passage to the Round of 16. It promises to attract to Cheney Stadium the state’s largest USOC crowd short of a championship final, and the boisterous support of Pierce County could make all the difference to the Sounders’ fortunes. So, savor the moment. Take a deep breath. Then yell yourself hoarse.

Thank you to Washington State Legends of Soccer for the history of the U.S. Open Cup in Tacoma. For more information on our state’s history of soccer head to WASoccerLegends.org.