Preparing for a rigorous journey requires effective training. With enough of it, a group comes together, practices, rehearses, and improves. With the course of their 2020 voyage set out before them Tacoma Defiance started training on Tuesday January 14. They did so alongside the 2019 MLS Cup Champions of Seattle Sounders FC.

This wasn’t as a gift, or for a special moment. This was, according to Sounders head coach Brian Schmetzer, so they can “learn that lesson to raise their level of training.”

How long Defiance and Academy players will train alongside the champions is up to those players. Preseason will help determine their next path of discovery. 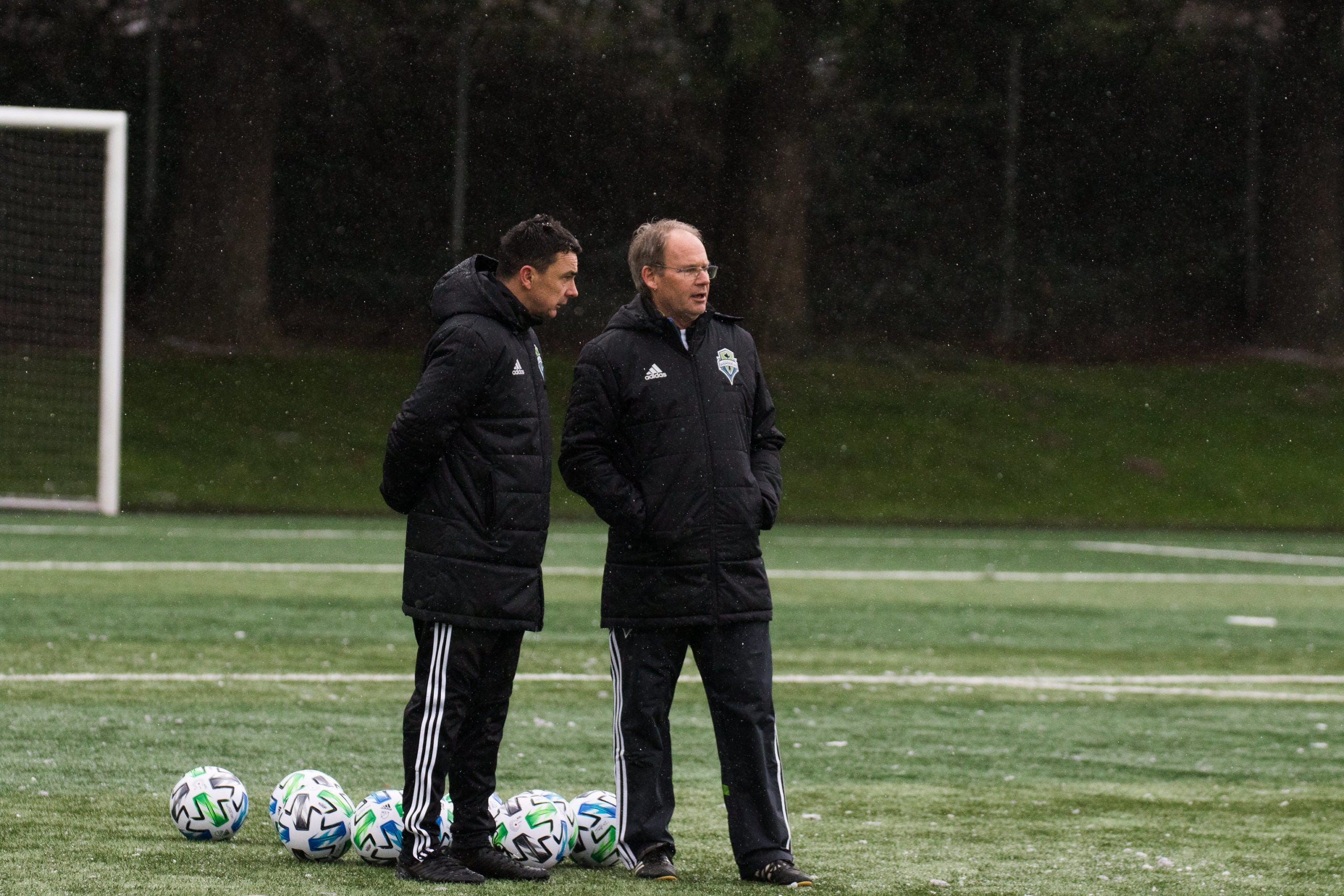 Last year Danny Leyva punched his ticket to the Sounders based on preseason play. This year, more Tacoma talents are looking to do the same. Sounders President of Soccer and General Manager Garth Lagerwey is cautiously enthusiastic.

“We’re excited about at least half a dozen, maybe more than that, of those kids. I think there are some in that group, on that field today that are going to be signed by Opening Day. I’m not going to guarantee that. It’s up to them. They have to prove it against the men. But Danny Leyva did it last year. There’s no reason somebody can’t do it again.”

Even those that do not change ships will gain experience and learn new things about themselves. The integration of Tacoma Defiance and Seattle Sounders is stronger than ever. Every Defiance player under contract, and the two Sounders draftees that are expected to sign with Defiance, are part of the preseason plan.

Tacoma head coach Chris Little gets the luxury of seeing his defiant band amongst champions. He watches them be tested, and he knows that these cold days along the Duwamish River will prepare his side for an eight-month campaign.

A few of his men may set sail on a different route to start the year. Like Leyva, Ocampo-Chavez, and Dhillon, those that sail with the Sounders will almost certainly wear the black of Defiance at Cheney Stadium during the season. Those few will earn the rave green, not because of an organizational mindset, but because of their work with the ball, tactical knowledge, fitness, and their hearts of champions.

Little’s crew will advance all of those aspects.

“The other part is the players and how they take that opportunity, because if they weren’t good enough they wouldn’t be here. They’ve shown in the Defiance environment in the USL that they have enough quality that the staff want to have an extended look at them here in preseason and potentially at the camp in California. Yes, it’s the policy of integration, but also it’s the players and them showing that they are worthy of the chance.” 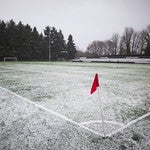 This is winger Shandon Hopeau’s third preseason with the First Team. He’s watched the organization integrate more fully. Now, he’s a senior guide for Academy and Defiance players looking to progress on their personal campaign.

“I think it’s good for the whole system, knowing that the First Team is giving opportunity for the younger players, showcasing them before they go to college or sign with Tacoma. It’s a good experience for me because it’s going to be my third preseason. I’m happy to be out here and show what I’ve got.”

With just over 20 guys on the First Team roster there is plenty of opportunity for a Defiance player to earn a contract with Sounders FC. Even with those open roster spots, Hopeau is working on his own play.

Those teammates are studying under a two-time MLS Cup winning coach and proving themselves ready for whatever journey is ahead of them. Lagerwey expects to see a few of them prove that they are Sounders.

Even with preseason alongside Seattle Sounders, Defiance players are looking forward to the coming USL season. They learned a lot in 2019. A new quest is coming in 2020 for Hopeau and the rest of the Men in Black.

“I’m excited for 2020. The last five games we had a run. I feel like the team gelled together. I feel like we’re ready for the next season because we kept most of our core players – the midfield, the outside backs, strikers. I’m excited.”