The selection criteria for players in consideration was for their sporting performance, as well as their conduct on and off the pitch from May 25, 2018 to July 7, 2019. 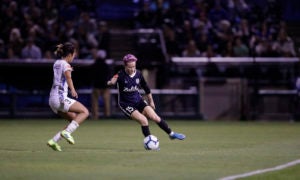 Rapinoe recorded seven goals and a team-high six assists for Reign FC during the 2018 season, helping the club return to the playoffs for the first time since 2015.

The forward also had a banner year for the U.S. Women’s National Team, scoring six goals and tallying three assists to win the Golden Boot and Golden Ball at the 2019 FIFA Women’s World Cup in France as the United States claimed its second-consecutive and fourth overall title.

Rapinoe has also been active off the field, as she became a global icon through her efforts to raise awareness of pay inequity issues faced by women around the world.

In addition to being named the game’s best player, Rapinoe was also honored as part of the FIFA FIFPro Women’s World11 as one of the best 11 players in the world as voted by her colleagues. Rapinoe is the second player from Reign FC to be named to the team after keeper Hope Solo did so in 2015.