“A summer to forget.”

We’ve read all the reviews, and let’s be honest: the last six months have not been well received by the critics.

Take Tacoma for example. We’ve seen friends and family fall ill, beloved institutions close, and of the hundreds of thousands of people we looked forward to welcoming through our Cheney Stadium gates this season, we saw absolutely none. On one hand, we can’t think of ways it could have been worse, and with the way things have been going lately, we certainly wouldn’t want to jinx it. (Aliens? Sink hole? The Big One?) 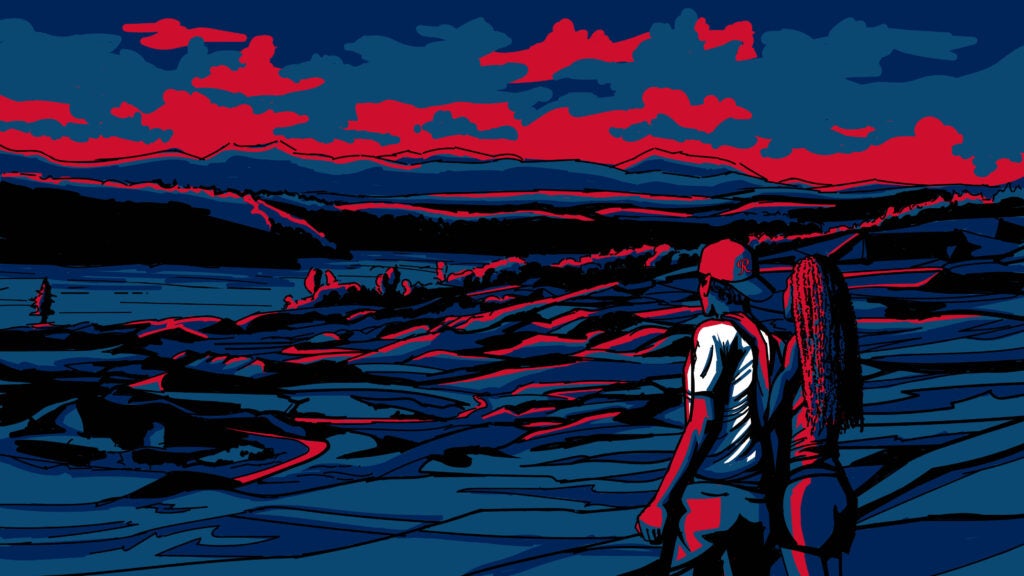 Well, there it is right there. 2020 has certainly been unique. We will be better for this, and we will be able to tell future generations about the last six months in grave detail, because it’s quite simply been unlike anything any one of us has been through before. That’s something, right?

So with no live events at Cheney Stadium (which we’ve missed more than we can say) and a host of our regularly scheduled summer fun also canceled, postponed, or altered beyond recognition, what did we do?

Like so many of our friends and family around the city, we started out not knowing exactly what to do. At first, we watched a lot of movies and shows. Like you, our staff did our best to stay sane by staying busy. We were told to quarantine, but that’s not what a team of season minded workaholics do. Especially leading up to our favorite time of year.

After all, the Stay at Home order was put in place almost exactly one month before what we had planned to be R Opening Night.

As that date passed, we longed for those hot Friday nights under the bright lights of Cheney. When we looked outside and saw the sun shining on a heavenly Thursday afternoon, we couldn’t help but think of a packed R Bar full of people enjoying cold $2 Coors Lights. When the 10-day forecast called for 80-degree weather all through the weekends, we sighed thinking of the thousands of fans that would have filled the seats of R House, filling the air with pride.

Sometimes it was too much to take. In our toil, and on those days where inspiration didn’t come, we vowed that given the opportunity, we would never take another nine innings of Rainiers baseball for granted again. 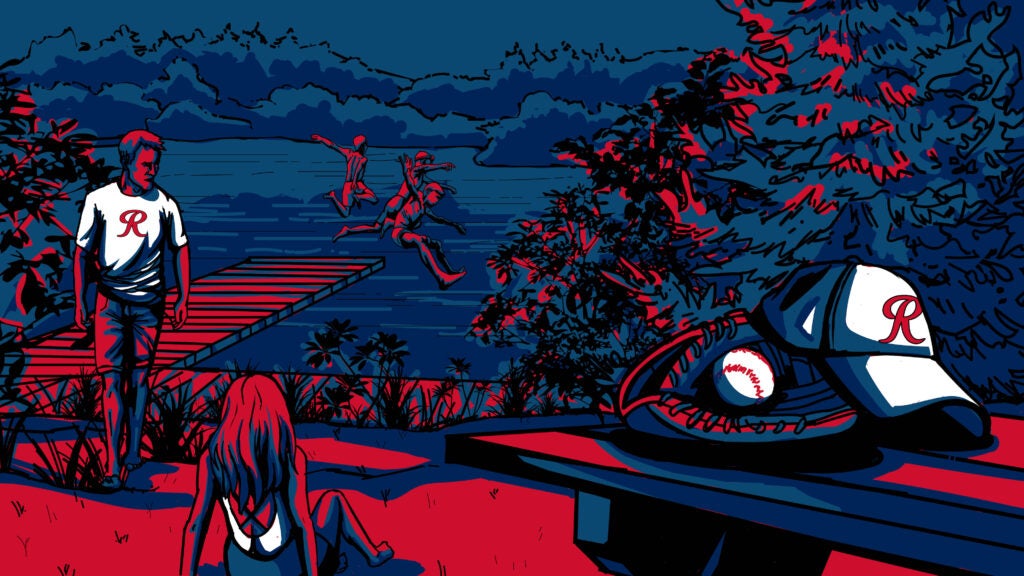 Surveying the landscape of R City, we sprang into action when the times called for it. With restaurants closed and our friends at Downtown Tacoma Partnership launching a brilliant program inspired by the bleeding hearts at 6th Ave’s Crisp Greens, we launched R Hat R City: Hero Meals. A revival of last November’s fundraiser simultaneously kept frontline workers fed, but also helped keep local restaurants in business during an unprecedented time of need.

You rallied to do that, Tacoma. It was a boost that gave us hope that even without baseball, you cared about your hometown team. It was proof that your fandom expands far outside the gates of Cheney Stadium.

Then, you did it again. As an emotional social justice movement quickly got the world’s attention, we called on our fans to dig deep again. Through the purchase of Rainiers hats, you spent over a month buying hats to support Tacoma Urban League. That money went to an organization that provides mentorship and business resources for not just Tacoma’s Black population, but the entire city.

When we weren’t working or crying in our soup, we did our best to safely live up this strange summer without sports entertainment.

We hiked and camped. Took road trips. We were blessed with some of the best summer weather in years and spent a ton of time outdoors. Some of our staff got married, had babies, and a beloved member of our Rainiers family passed away.

With a career that spanned nearly 70 years, the legendary broadcaster Bob Robertson left behind a legacy that will never be forgotten.

While we did our best to keep busy and spent more time with loved ones than we’d ever think possible, we still missed our extended Cheney Stadium family.

Lighting the night sky full of fireworks on the 3rd of July was a brief moment of normalcy in an irregular summer. It was a reminder that some traditions are just too important to be broken. We get chills thinking about all of Tacoma popping their heads out of homes and car windows to take a moment to look up and reflect, knowing that even in this time of isolation, we are, and always will be connected.

Just when the withdrawals for baseball were becoming unbearable, the Seattle Mariners Taxi Squad rolled into town in late July. While it was amazing to watch some of the top prospects in baseball (future heroes like Jarred Kelenic and Logan Gilbert), we couldn’t help but feel regret that 7,000 hungry baseball fans weren’t there to witness it.

Still, the boys of summer put on a show. We saw plenty of long home runs, sickening breaking balls, and it’s safe to say that future of baseball in the region is as bright as any around the league.

So when we look back at this summer that feels like something so absurd Rod Serling should pop out of a dugout to narrate, this time has almost been an encapsulation of the human experience. While it was difficult, uncomfortable, and at times heartbreaking, we’ve never been more proud to call Tacoma home. 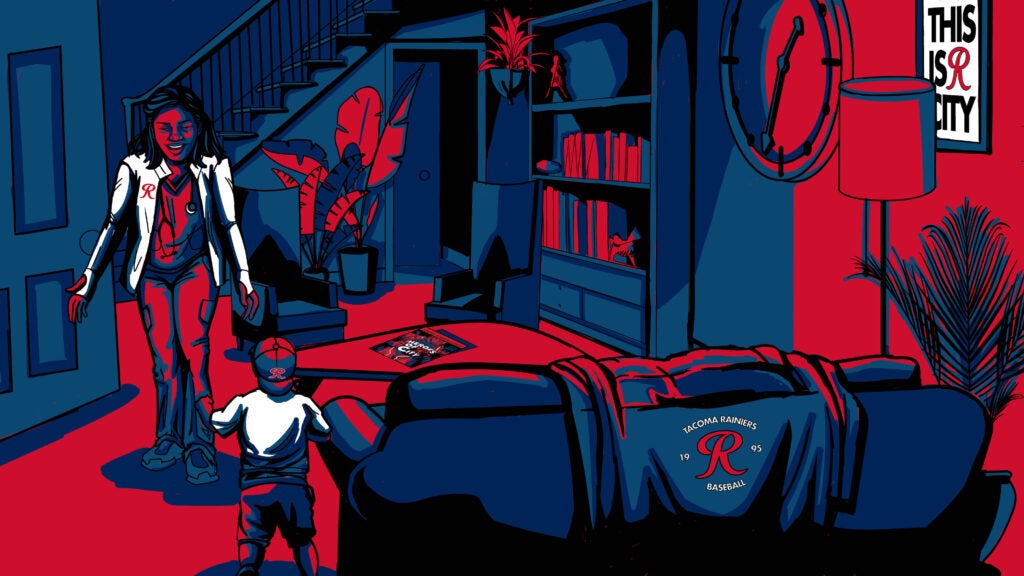 While we were staying home to stay healthy, we were gaining appreciation for the nights we spend at our second home with 7,000 strangers.

While we wore masks and saw half of people’s faces at the grocery store, we pictured the cotton candy stained smiles on the faces of young Rainiers fans.

While we missed the thing we do best, we wrote a chapter in our city’s history that will live on long after we are gone.

Here’s to its ending being a happy one and here’s to R Summer that was anything but forgettable.