Remember when you were a whippersnapper, and there was that one kid who was far and away better than everyone else on the playground? They were faster, taller, and could hang from the monkey bars longer than you and your classmates.

Then you got to high school, and those same kids were still fine athletes, but the other jocks compared favorably as well.

Where are those gym class heroes now? They’re fat and slow adults, just like the rest of us.

When they were in grade school, you thought they were shoo-ins for the Hall of Fame, but as the other kids caught up, they went from superstars to super average.

That’s where the risk comes in when a Major League organization commits to a 16-year-old kid from the Dominican Republic like Noelvi Marte. There’s just no way to know how much the teenage phenom, now 18, will grow on and off the field in the coming years. 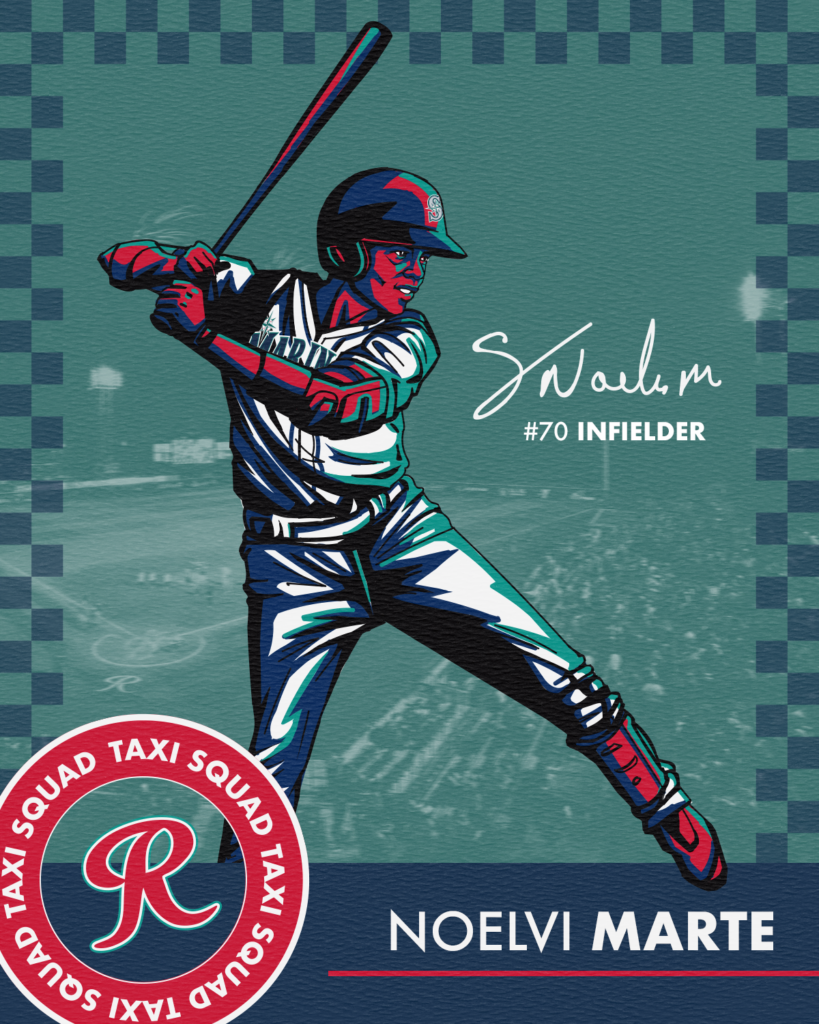 Just because he stood out from a crowd of adolescents doesn’t mean he’ll one day shine through when you match him up against the best in the business.

But he might. And that’s a fun thing to think about. Heck, the other kids on the team never caught up to Griffey. That’s when you’ve found a Hall of Famer.

Could the Mariners one day look back to July 2018 when they took a chance on a 16-year-old as the day they signed the best player in franchise history?

So now you’ve acquired a teenage shortstop for $1.5 million. He was ranked No. 4 in his signing class by Baseball America, and now it’s time to see how far you can build his game before bringing him to the bigs.

Will he level out at Double-A? Triple-A? Or is he that kid who, no matter where you put him, will always stand out as the best on the field? You don’t know until you know.

Last season, Marte made his pro debut with the Mariners Dominican Summer League squad. In 65 games, the middle infielder rose to the occasion. He batted .309 and clubbed 9 home runs, driving in a league-best 54 runs. He showed off his speed by swiping 17 bags, helping him round the bases and score 56 times.

Getting to know Noelvi Marte, the Mariners’ next Dominican sensation https://t.co/gyFVUm3J7k pic.twitter.com/vf9kHTlI1b

Needless to say, he handled the DSL just fine.

The next step was to bring Marte stateside in 2020. Before the pandemic, the Cotuí, Dominican Republic product was poised to play full or short season ball in the States for the first time.

With no Minor League Baseball season, the next best option was to let him compete with the organization’s top tier talent at Summer Camp, and train with the Taxi Squad at Cheney Stadium this summer.

Could a strong showing in Tacoma line Marte up for an early promotion in 2021? 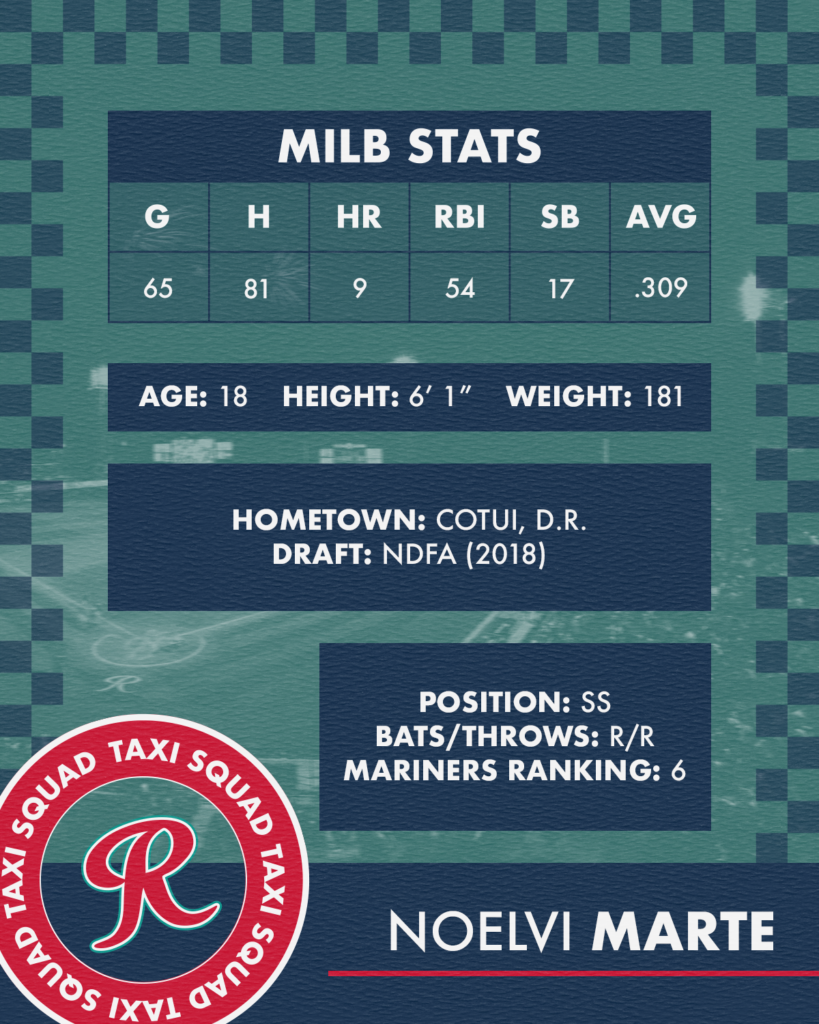 Let’s say Marte has a great summer; one that goes beyond expectations. By this time next year, he still won’t be in T-Mobile Park.

The organization isn’t going to put a rush on getting him to The Show, but they are going to challenge him.

Remember that kid who could hang from the monkey bars longer than every other kid? Well, he’s only going to hang on until everyone else falls. Unless you put him on the jungle gym with the big boys, he’s not going to get any better.

The Mariners have found someone special in the depths of the Dominican Republic– one who could always be the last man standing.

There’s only one way to find out. Let him play ball.

This summer provides the biggest challenge that the 6-foot-1 Marte has faced to-date. He’s seeing pitchers with command and knowledge of the game like never before.

How will he handle it? Can he win the mental game in his at-bats and anticipate what pitch is coming next? Can he stay balanced at the plate and find consistent timing in his swings?

So far, he’s been the best kid on the playground. We’re excited to see how he handles a unique challenge as the youngest and least experienced player on the Cheney Stadium diamond.

We’ll keep you updated on Noelvi Marte and the rest of the Taxi Squad as they stay game-ready for their chance with the Mariners in this year’s abbreviated season. For the latest and greatest on the Taxi Squad, the Tacoma Rainiers and all things Cheney Stadium and South Sound culture, follow us on Twitter, Facebook and Instagram, and sign up for more at WeRTacoma.com.