Some people’s biographies read like works of fiction. The basic facts of their life are so enormous that their heroism is clear.

Helen B. Stafford exhibited a defiant spirit from her very earliest days in R City.

When she first came to Tacoma, Helen’s life was already notable. By the time she passed in 2002, she deserved recognition as one of an inner pantheon of greats who forged a path for future generations. 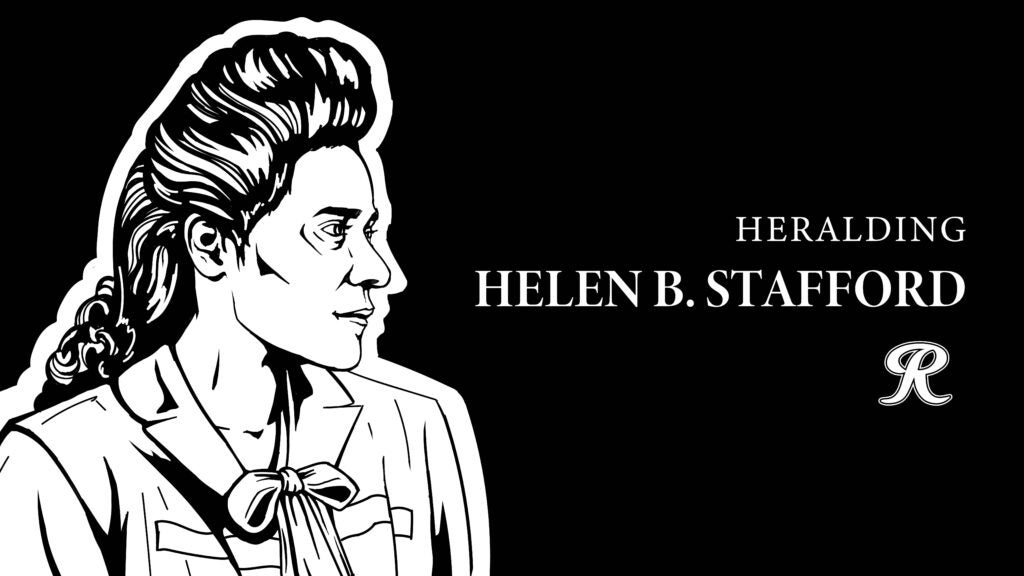 The late 19th century was a different time. Helen Cecile Beck was born into a family of twelve, which would grow to thirteen. One of her parents was formerly enslaved. Growing up with that background, through World War I and the Great Depression, Helen earned her degree from Kansas State University in 1920.

Decades later, in 1987, Kansas State awarded her the Alumni Medallion for her work in humanitarian efforts and civil rights. It was quite a change from the 19-teens she described:

“Blacks weren’t accepted. We were just here, period. In classes or labs where we worked in pairs, if there was no other black girl, you worked alone. You were in complete isolation. Always alone.”

When Stafford came to Tacoma in 1926, she was forbidden to teach.

Unwilling to be defeated, Helen put in hard work so she and other African-Americans would not need to be alone. She challenged norms and prejudice every decade of her long life. Starting in 1970, awards started rolling in as people realized the vital importance of Stafford’s work in making Tacoma better.

If Stafford had served in the military, her awards would fill every available inch of her uniform. Instead, while soldiers fought World War II, she fought her own battles, making certain that those who were had the highest possible morale. Her efforts with the Tacoma USO No. 2 helped nearly a million soldiers of color have access to “a dark room, music room, hobby room, game room, showers, sleeping accommodations (under the supervision of the Council of Churches), library, and snack bar.” 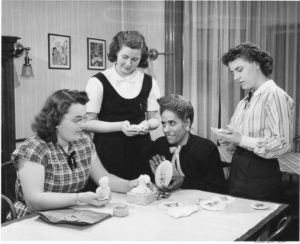 While the YWCA didn’t allow African-American girls to participate, Stafford served on the board. She helped open those doors.

She was one of the founding members of the Tacoma NAACP.

Her influence in the League of Women Voters, Matron’s Club, the Tacoma Urban League, the Links, Tacoma Colored Woman’s Club, Alpha Kappa Alpha, and the State Department of Health and Human Services cannot be overstated. Her life was one of defiant service.

At the Allen AME Church, Stafford served as the superintendent of Sunday School, finally getting that educational opportunity she was once denied.

The Tacoma we know today does not exist if not for Helen B. Stafford and the people she empowered and inspired. To fully honor her life’s accomplishments, Washington and the United States on a grander scale, is a better place because of her dedication and vision.

She is a hero, one who was not willing to remain hidden, of open resistance, and bold disobedience. Helen Cecile Beck Stafford is all the great things Tacoma is and should always strive to be.

The Tacoma Rainiers are the Triple-A affiliate of the Seattle Mariners. Tacoma is a member of the Triple-A West, which will begin its inaugural season on Thursday, April 8. The Rainiers play at Cheney Stadium, which opened in 1960, and the team has been a Mariners affiliate since establishing the Rainiers moniker in 1995.