“We are pleased to announce the signing of two strong prospects from our developmental pipeline,” said General Manager & President of Soccer Garth Lagerwey. “Josh and Ethan both have a lot of potential and we’re excited to see what they can do at the next level.”

Atencio, 18, joined the Academy in 2016 and has participated in preseason with the First Team every year since 2017. He started 26 of 29 appearances over three seasons with Tacoma Defiance, recording two goals and one assist across 2,340 minutes. After signing a USL contract prior to last season, Atencio started 23 of his 25 appearances with recording one goal and one assist. In 2020, he played the full 90 minutes in both of his appearances and totaled two shots. Atencio made his professional debut on August 19, 2018, against Portland Timbers 2 and scored a goal shortly after entering the match as a substitute. The Bellevue native has been capped by the U.S. U-15 and U-17 Youth National Teams. 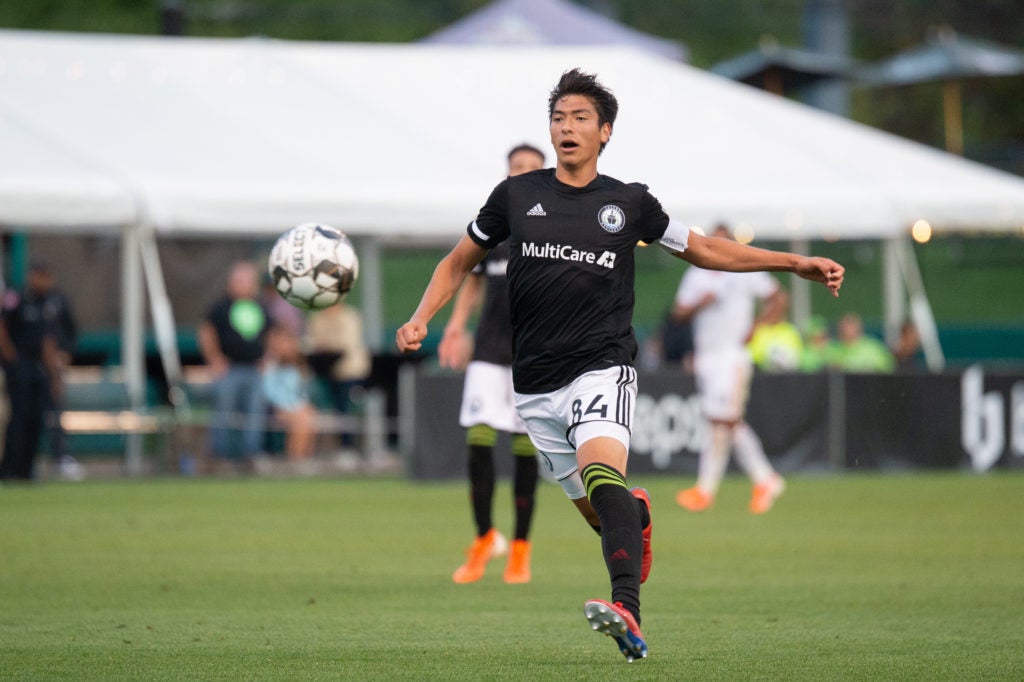 Josh Atencio chases down the ball in a game for Tacoma Defiance (Charis Wilson, 2019)

“Josh and Ethan are good young players who have performed well in training with the First Team when given the chance,” said Head Coach Brian Schmetzer. “I look forward to bringing them more into the fold and continuing to see them develop as professionals.”

This marks the sixth season with the club for Dobbelaere, 17, after joining Sounders Discovery Program from Seattle United before moving up to the full-time academy teams. He was one of three Sounders FC players (Danny Leyva, Alfonso Ocampo-Chavez) to make the roster for 2019 FIFA U-17 World Cup, making a substitute appearance against Senegal and earning a start against the Netherlands. Dobbelaere started two of seven appearances for Tacoma Defiance in 2019, logging 260 minutes and scoring one goal.

“It’s exciting to add a pair of local, Homegrown Players who grew up in the Seattle soccer community,” said Vice President of Soccer & Sporting Director Chris Henderson. “Both players started from the ground level of our Academy system and are great examples of how to take the pathway to the First Team.”

Atencio and Dobbelaere were both part of Sounders FC’s U-17 squad that won the USSDA National Championship in 2018, as well as a pair of Generation adidas Cup titles in both the Premier and Champions Division. 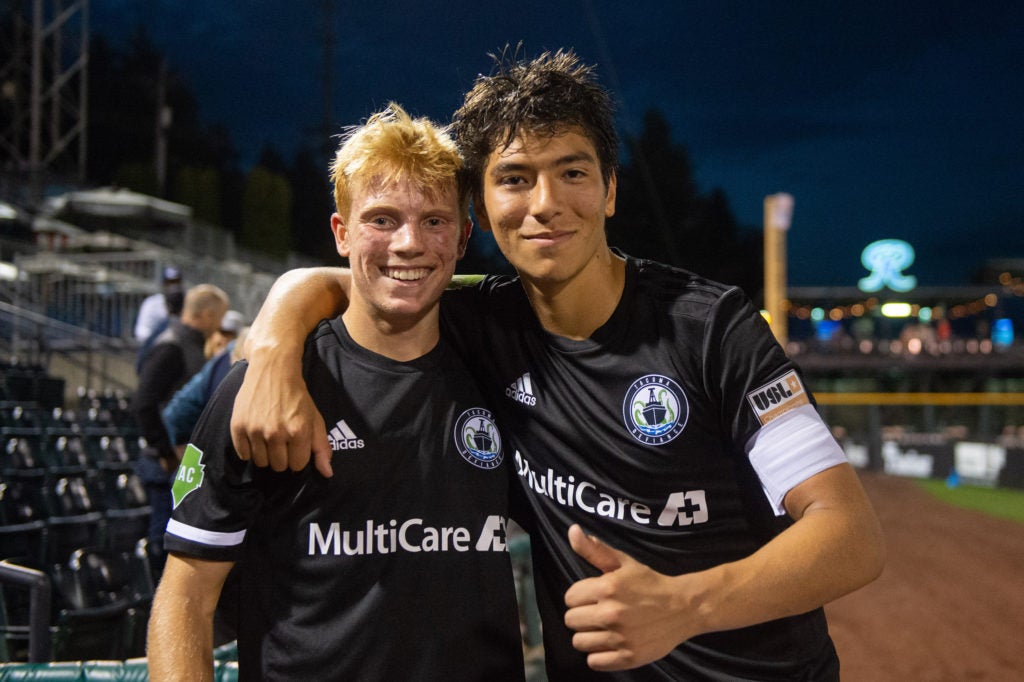 Atencio and Dobbelaere celebrating a Defiance victory in the season finale (Charis Wilson, 2019)

The pair marks the 14th and 15th Sounders FC Homegrown Player signings in club history. U.S. National Team defender DeAndre Yedlin was the club’s first Homegrown Player in 2012, making two MLS All-Star appearances before being sold to Tottenham Hotspur in England’s Premier League. The club then signed midfielder Aaron Kovar and forward Sean Okoli in 2013, before adding forwards Victor Mansaray and Darwin Jones in 2014. In 2016, the Rave Green signed University of Denver midfielder Jordan Schweitzer and 2016 MLS Rookie of the Year Jordan Morris to Homegrown deals, then added forward Seyi Adekoya from UCLA and Henry Wingo from Washington to the roster in 2017. Midfielder Handwalla Bwana became the 10th Academy product to sign with the First Team prior the 2018 season, while goalkeeper Trey Muse, midfielder Danny Leyva and forward Alfonso Ocampo-Chavez all signed in 2019.