There is a low throb in the background of everything on the Henry Foss. The engines aren’t necessarily loud, but ever present.

Foss Maritime’s tugs do a delicate dance at all hours of the day, no matter the weather. For seven days straight, the crew lives aboard their tugs, balancing sleep and activity schedules. The ocean freighters tower above the little tugs. Safety is always paramount. 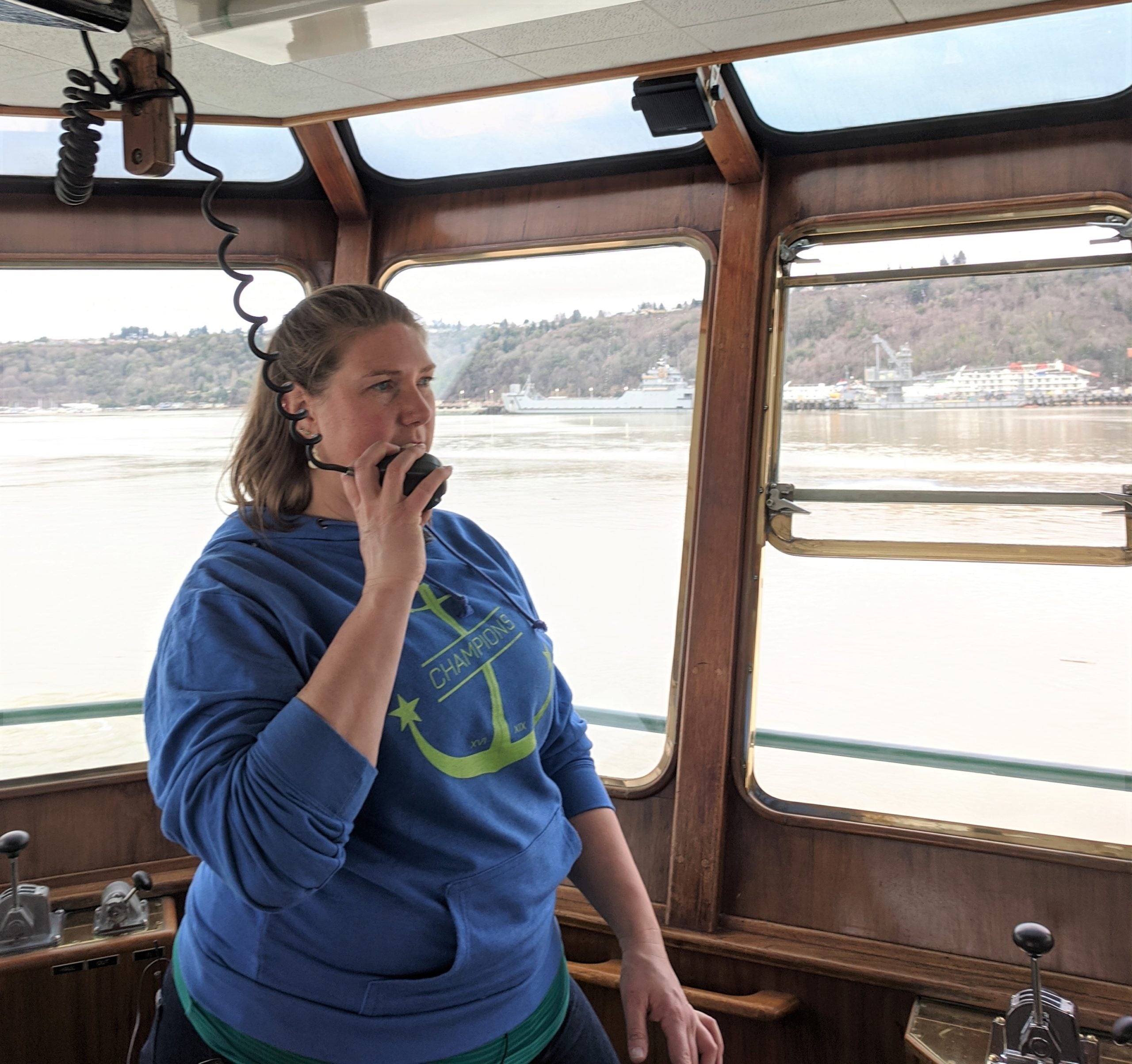 “The ship can run you over if you make a wrong move. It can roll the boat, and you can die.”

Captain Katrina Anderson recently took the helm of the Henry Foss. Captain Anderson is a rarity in the maritime industry. About 1 in 1000 people in this business are women working outside of hospitality.

You could say she was born for this. Anderson grew up on and around the tugs of her family’s company in Anchorage, Alaska. Tug life was her life well before she worked as a deckhand.

“I learned how to walk on the boats. Usually not playing on deck while they were doing ship work, but hanging out. A lot of pilots know me; know my dad. One of the pilots up there is a pilot down here now. He gives me a hard time, because he remembers me as a troublemaker. You can’t really escape things like that.”

Captain Anderson earned her captain’s license in 2007, and worked as a deckhand for five years prior to that. Foss bought the family company and Katrina took a gig in Tacoma. It’s been home for seven years now.

Taking over the Henry Foss means that Captain Anderson is in charge of one of the larger tugs in Tacoma. The great ship uses a unique engine system that she’s adapted to understanding like it were another limb.

Those engines – Voith-Schneider turbines and a Cummins powered Schottel z-drive propeller – provide the raw power to move huge ships. The crew have to be powerful too. The ropes they haul are thick like a centerback’s leg. It is hard, exhausting work.

Tug work has been synonymous with Tacoma for over 130 years. Thea Foss, the Mother of Tacoma Shipping, founded the company that is now the largest tugboat company in the Western U.S. 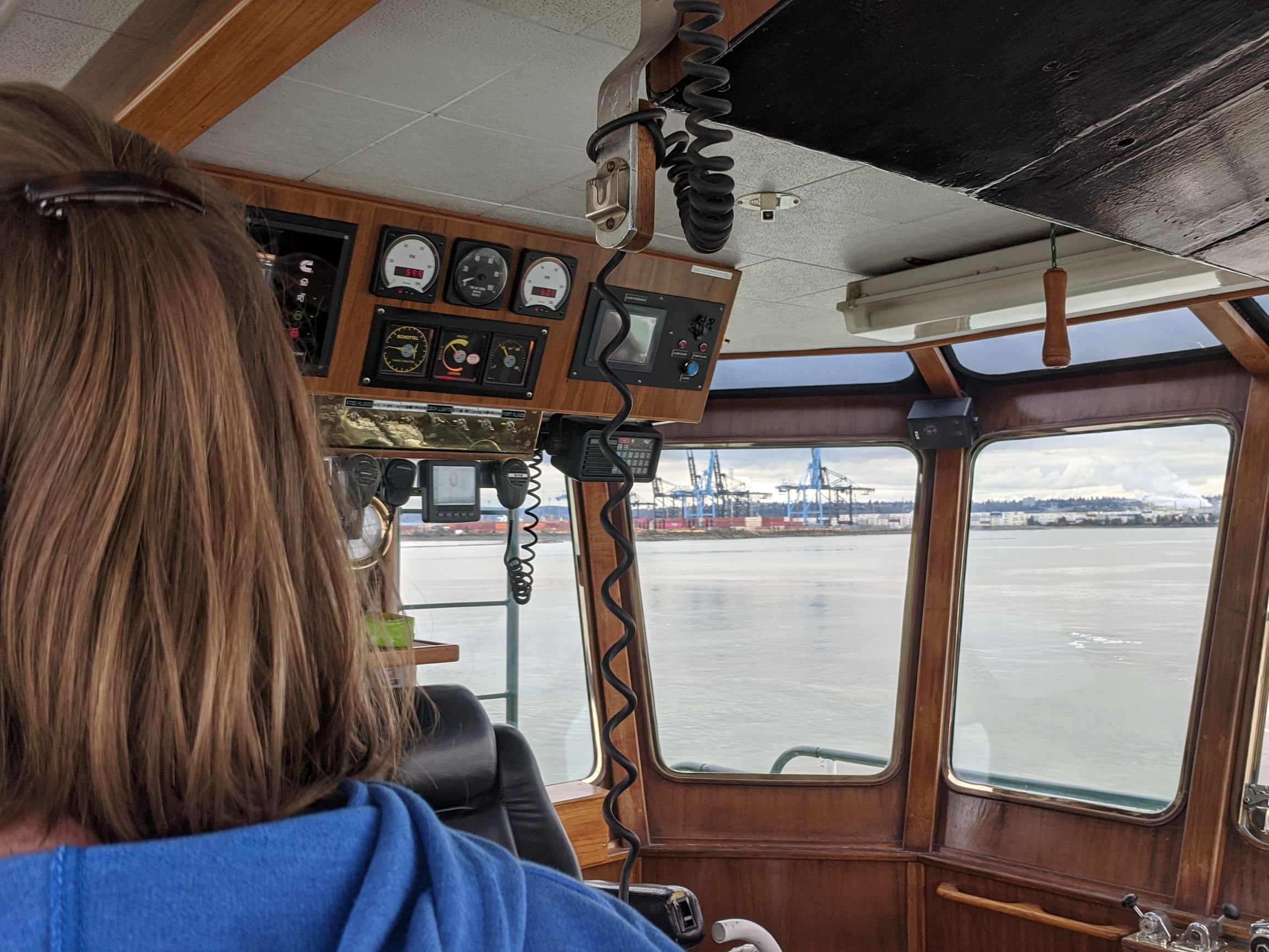 On most Wednesdays the Henry Foss works the North Star, a TOTE Maritime vessel built specifically for the Tacoma-Anchorage journey, to one of the docks on the northern edge of the Port of Tacoma.

“The TOTE Maritime ships come back and forth from Anchorage, Alaska twice a week. They bring milk, diapers, TVs, trucks, cars, and everything you can think of up there.”

The TOTE ships are important to Captain Katrina because she’s Alaskan. The Great White North is as much a part of her as the sea. She glows with pride when talking about Alaska, and is equally comfortable talking about Tacoma.

Her favorite neighborhood is Old Town. In her off weeks, usually beginning with a long rest after the seven days on the sea, she takes in local artists and soccer. The beautiful game is part of her. Captain Anderson has watched Defiance players grow into champions as Sounders.

Like our coaches, she’s a trainer. Captain Katrina’s crew includes her standard deckhand Boyd and engineer Bryan, joined by two trainees. Phil and Garrett are learning that same intuitive knowledge. They’ll be part of the Anderson legacy soon.

Radio communications between the North Star, Henry Foss, and Wedell are short and to the point. Few adjustments are needed because she feels where her boat is. The whole operation is smooth. There are no safety concerns, no hurried movements. After the North Star ties off, they return the lines to Henry Foss. 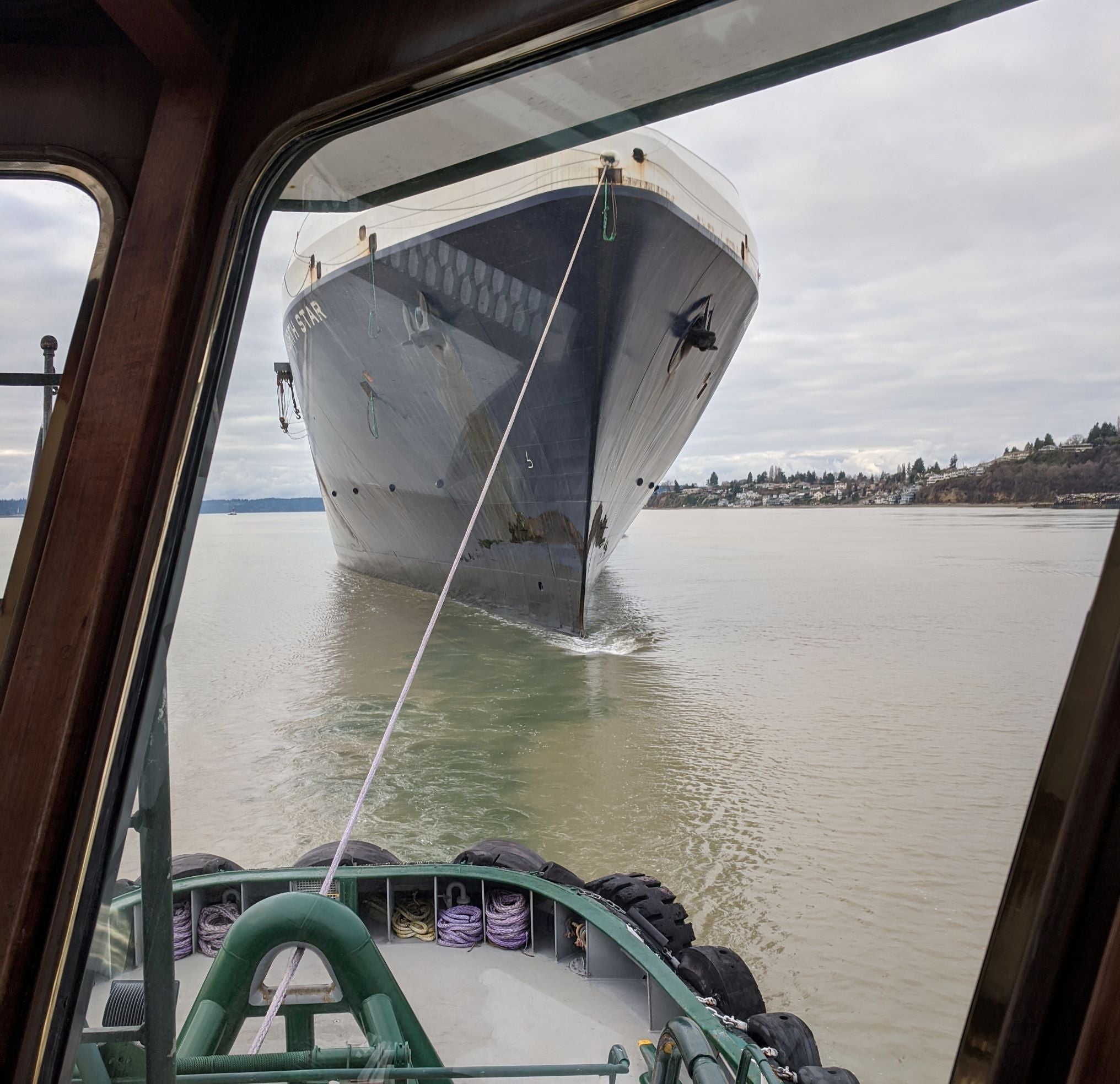 Another ship-job is done. Captain Anderson may be 1 in 1000, but her safety record and performance are not. Anderson, Foss, the tug life – they’re all part of why Tacoma is Tacoma.

Single match tickets are  available. Wave the flag for the full season as our players explore the region and test their mettle.

Kristopher Negron Returns To The Show