R Year in Review is a 4-part series. If you haven’t read Part I or Part II yet, get caught up before jumping into Part III. After you read this, jump right into Part IV which includes a tribute to the legendary Bob Robertson.

So sports are coming back. We don’t know what they’ll look like, how the seasons will be structured, and frankly, how long they’ll last before COVID-19 shuts it all back down.

All we know is that there won’t be fans, and that the Seattle Mariners are sending some of their top prospects to Cheney Stadium for the summer.

July 2, 2020 – The USL announces a return to play in-market, giving Tacoma its first competitive match to look forward to since the remarkable March 11 match.

Dave Clark, Tacoma Defiance Broadcast Analyst (DC): USL was the first to return in market which was an exciting moment even though nearly zero markets had fans. It was nice to have USL games back, to have some soccer to exist, to start planning broadcasts.

Megan Mead, We R Tacoma VP of Marketing (MM): We put hand sanitizer, masks and disinfecting wipes in all the rooms that would be used, and were bleach wiping everything. It was like a little party kit.

MM: I remember there being a significant conversation of how to do the National Anthem. Do we have somebody sing it? No, that’s probably not safe, but we definitely need to do it. Does it hit the broadcast? Everything became a question.

DC: Defiance just exploded out. Big road win at Sacramento, two wins at home, two wins in a row against Portland Timbers. That surge back was awesome. And there were some great goals scored.

Nick Cherniske, We R Tacoma Asst. GM (NC): For all of our soccer matches, we did have a fairly strong Defiance faithful that made their way to the stadium in some capacity on Tightwad Hill. It shows the love that they have for not only the players, but for the team. They’re the most genuine fans you could possibly have in my opinion.

July 3, 2020 – The Seattle Mariners open Spring Training 2.0, AKA “Summer Camp” at T-Mobile Park. The M’s play intrasquad games and practice without fans, but media are permitted to cover the events.

Jarred Kelenic, Seattle Mariners outfielder (JK): I was ready to start playing games again and get outside. It was an abnormal break, but it was a good one because I made the most of it. I got all my work in that I needed to. And then when it was time to go I was ready, for sure.

You love to see it. #SummerCamp pic.twitter.com/9f3Y4P3oqP

Kristopher Negrón, former Tacoma Rainiers player and current Seattle Mariners Asst. to the Director of Player Development (KN): I was excited. I didn’t know what it was gonna look like. I knew there were going to be some rules and regulations to follow. But I just told myself to come in open minded. So whether they wanted masks the entire time or get us tested every other day, whatever it took, I was willing to do to get back on the field again.

Lauren Smith, Tacoma News Tribune sports reporter (LS): To see a baseball game going on without people in the stands was one of the oddest things. If you look up and there’s no movement, there’s no one walking up and down the aisles selling beer or popcorn or peanuts. It was just so strange.

It was strange on field level for players too, who were being asked to compete against their own teammates every day. For Jarred Kelenic, his matchups with Mariners touted pitching prospect Logan Gilbert were a welcomed challenge.

JK: Logan Gilbert is extremely impressive. Not just on the mound. You guys can see that. But what goes on in his head, you won’t really get to see that. He was my locker neighbor, basically. After a game, if, let’s say he struck me out when maybe I wasn’t thinking that he was going to throw a 3-1 slider, and he got me on one right down the middle.

I’d be like, “man, why did you throw that? Did I give something away to you to make it look like I was sitting on a fastball?” Then I can take that information to guys that don’t know me.

JK: I have so much respect for Logan. And I think he respects me. The best part about it was that when he did beat me, and when I beat him, putting that aside we could still sit down and have a conversation and be like, how did you beat me?

Nothing was “normal,” but it was great for players to be back on the field. Off the field, however, living out of a hotel room alone wasn’t as desirable.

JK: It was miserable. Oh, dude it was all video games. That was all you could do! Usually just playing Call of Duty or like a golf game.

So, what’s your best tip for living alone in a 4-wall room for three months?

JK: Get enough sleep. I mean, if you wake up in the morning and your body feels like crap that starts your day. If you wake up and say, “I feel great today,” it changes the way your day starts.

JK: Tacoma was nice, because you could play golf. So we went probably 3 or 4 times a week. And a bunch of dudes were going. Almost the whole team. 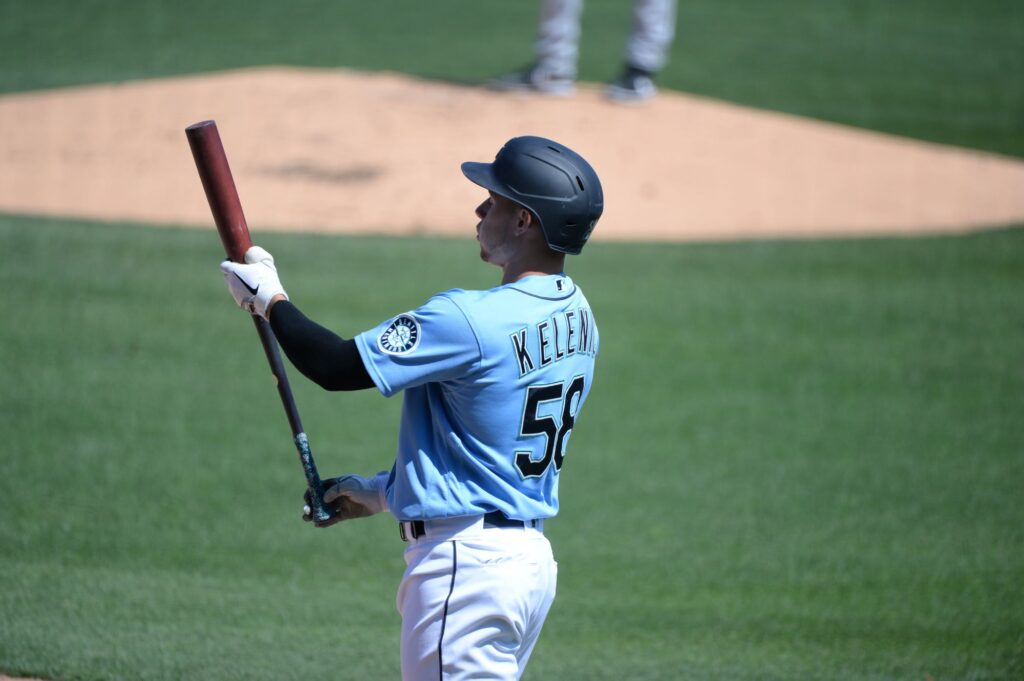 July 27, 2020 – The Seattle Mariners ship many of their top prospects and a slew of developing talent to Cheney Stadium, which is serving as the “Alternate Training Site” for the duration of the MLB regular season.

KN: It was exciting and a little nerve wracking, because it was a huge responsibility. Our pipeline is so strong, and having to make sure that these guys continued to develop during this time was not going to be easy. 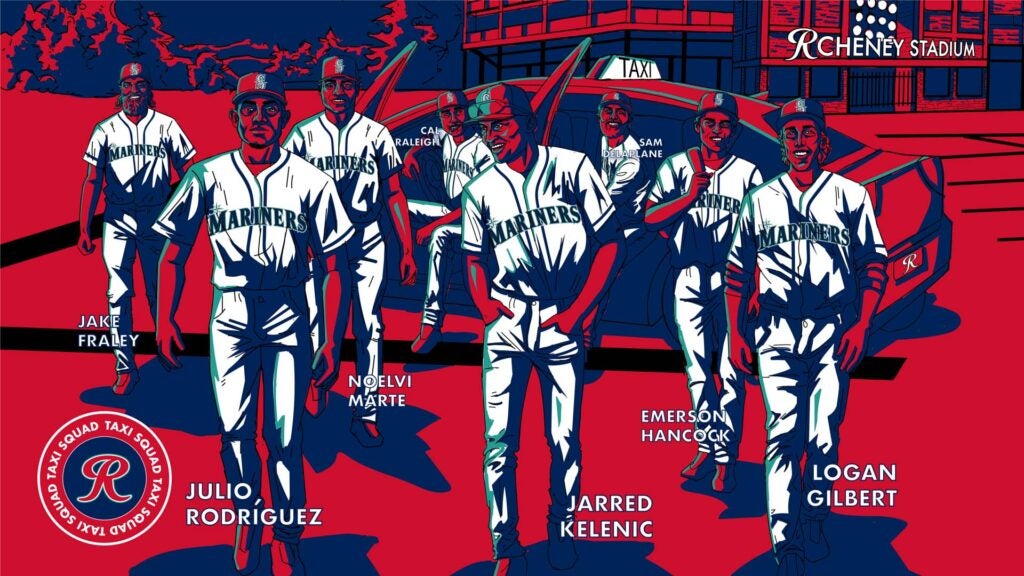 JK: We’re all blessed to be there. Let’s just let’s just get that across right now. But having said that, you had such a mixture of guys. You had guys that were 28 and you had guys that were 19 years old. And my goal, and my expectation for myself was trying to keep everyone around me locked in the entire way. And I wasn’t going to take a day off because it was so easy to do that. Especially if you were just like, man, I don’t want to be here. Because it’s easy to do that. It’s easy, because we all do that with life. There’s so many things where you’re just like, this sucks. I don’t want to be here and you check out, right? But in baseball, the second you check out, the game gets that much harder. And it’s already a hard game. My expectations for myself were that I was going to go out and play as hard as I could every single day. And let my play and my attitude keep my teammates involved, whether I was playing with them, or against them.

LS: It was cool to see Logan Gilbert pitch more often. See Cal Raleigh hitting bombs. Austin Shenton hit the ball over the over the centerfield wall. That was awesome. That was my favorite moment from Cheney Stadium, because he’s from Washington and I love seeing local guys do cool stuff.

JK: There were some days, man, the last thing you want to do is even think about a baseball. I’m proud of myself, because I didn’t waver that entire time.

LS: They only have so many guys. So when coaches would play first base, or left field or second base. That was enjoyable.

Local baseball fans got a few chances to see baseball played at Cheney Stadium, but only through a screen. The final two simulated games of the summer were broadcast on ROOT Sports.

Mike Curto, Tacoma Rainiers Broadcaster (MC): I was excited to see baseball again, even if it was in the form of a loosely structured intrasquad game. The Mariners had some younger prospects at the camp who would not have played in Tacoma if it was a normal season, so it was cool to get a sneak peek at some of the guys we may see again a couple years from now.

You asked for it ‼️ Tomorrow's @Mariners Taxi Squad game at R House will be aired on @ROOTSPORTS_NW this Sunday.

Catch the full replay at both 1 AM and 9:30 AM PT ⏰@MultiCareHealth | #Mariners pic.twitter.com/qNq8IHX39E

Casey Catherwood, We R Tacoma Creative Director (CC): It was a challenge, because we obviously couldn’t use our normal camera positions in the dugouts. And our Technical Director Anthony Phinney is so good at what he does, that he figured out how to do this broadcast safely with the limited positions that we would have. it required a technological sort of fusing and weird adaptations to make it happen.

CC: And everybody’s got to mask up, get tested, and get the cameras out there and figure out how we’re going to fill these commercial breaks with kind of the best stuff we already made. I thought it was a fun challenge.

But if it wasn’t coronavirus shutting baseball down early, it was something else. For Tacoma, and much of the Western United States, it was wildfire smoke that sent us back indoors.

MC: It was tough to breath in the smoke, as everyone around here experienced.

JK: I just remember my head hurting all the time. I went golfing one day when they said the smoke wasn’t bad. But where we went golfing was kind of up in the hills. I went to bed that night and I woke up in the middle of the night with the worst headache I’ve ever had in my life. 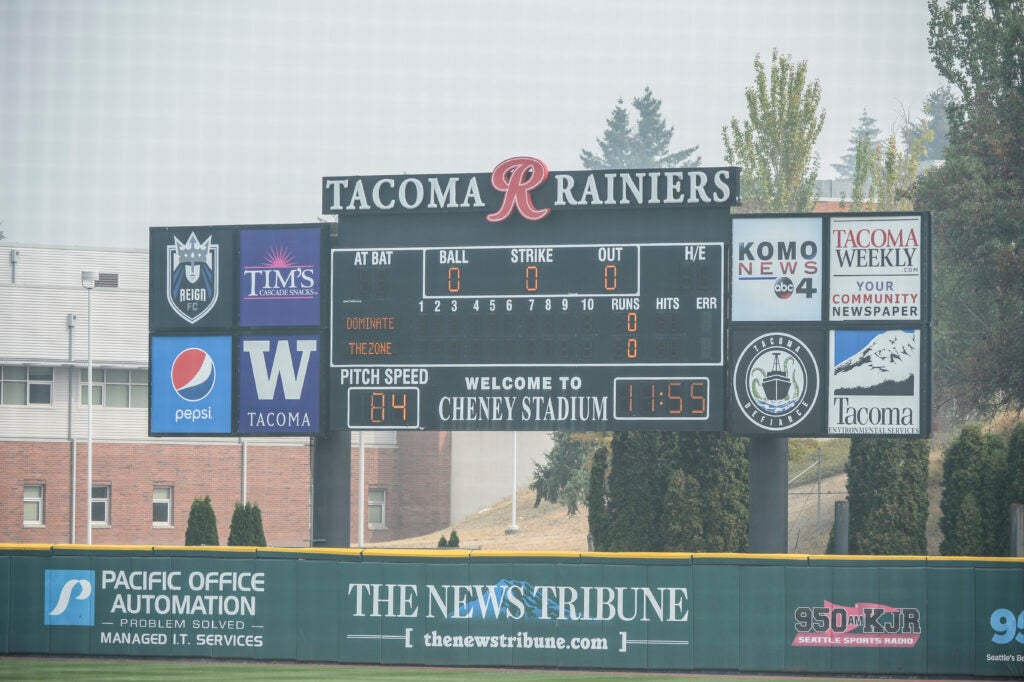 MC: It reminded me of 2012, when the Rainiers had a couple of away games in Colorado Springs postponed due to smoke from nearby forest fires. That was a quite a blaze, with the fires reaching well-developed areas, and flames visible from the team hotel.

JK: The first couple days, they wouldn’t even let us leave the room. So we just stayed in the hotel the whole day. Finally they were like, all right, we need to do something. So we would go in and we’d hit in the cages for an hour or two and then leave.

JK: it just looked like a foggy day to the point where if I hit a ball sky high, you wouldn’t be able to catch it.

The final week of intrasquad games at Cheney Stadium was cut short because of the smoke, thus making us throw our hands up and say, once again, “Twenty Twenty.” 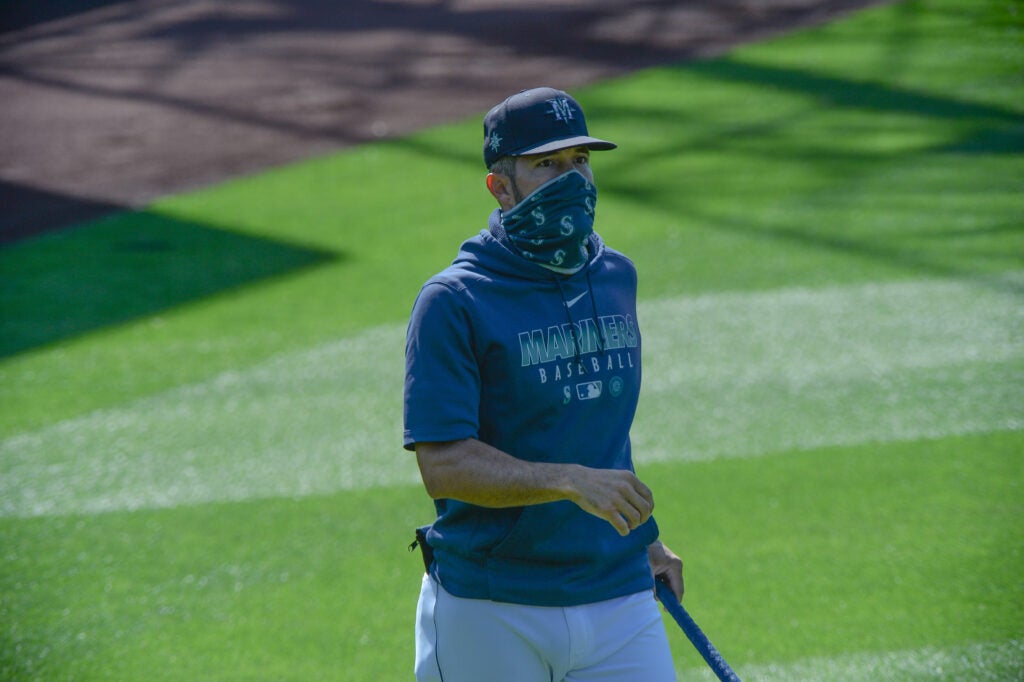 It’s clear that hindsight is NOT 2020, but looking back at the year from within the gates of R House shows that, even in our quiet homes, we stayed connected and lived a story worth telling.

Click here for the final installment of R Year in Review.

The We R Tacoma Team Store is currently closed until Monday, January 4, but is always available online. Grab your Rainiers gear, your Defiance ‘fit, and follow the team store on Instagram and Twitter.