Call it a hot take, wild guess, or just plain crazy. Nevertheless, we’re more than excited for the 2020 Tacoma Rainiers season and we’ve got some out-of-the-box ideas for what might take place on the diamond as we roll out a new decade. Without further ado, here are R 3 Bold Predictions for the upcoming Rainiers campaign, which gets underway at Cheney Stadium on April 9.

1. Julio Rodriguez Will Play in Tacoma this Season

If you’re not familiar with the 19-year-old phenom, you will be soon. When this 6-foot-4, 225-pound Dominican steps on the field, he puts on what has been coined “The J-Rod Show” every. single. day. After making his professional debut in 2018 with the Mariners Dominican Summer League club, Rodriguez performed well enough during a 67-game stint in Class-A West Virginia that he was promoted to Advanced-A Modesto for his final 17 games of 2019. Once he joined the Nuts in Modesto, he took things up a notch or five. He slashed .462/.514/.738 with 11 extra-base hits and 19 RBI as the youngest player in the Cal League. That’s right, he reached base in over 51 percent of his plate appearances as an 18-year-old in High-A. 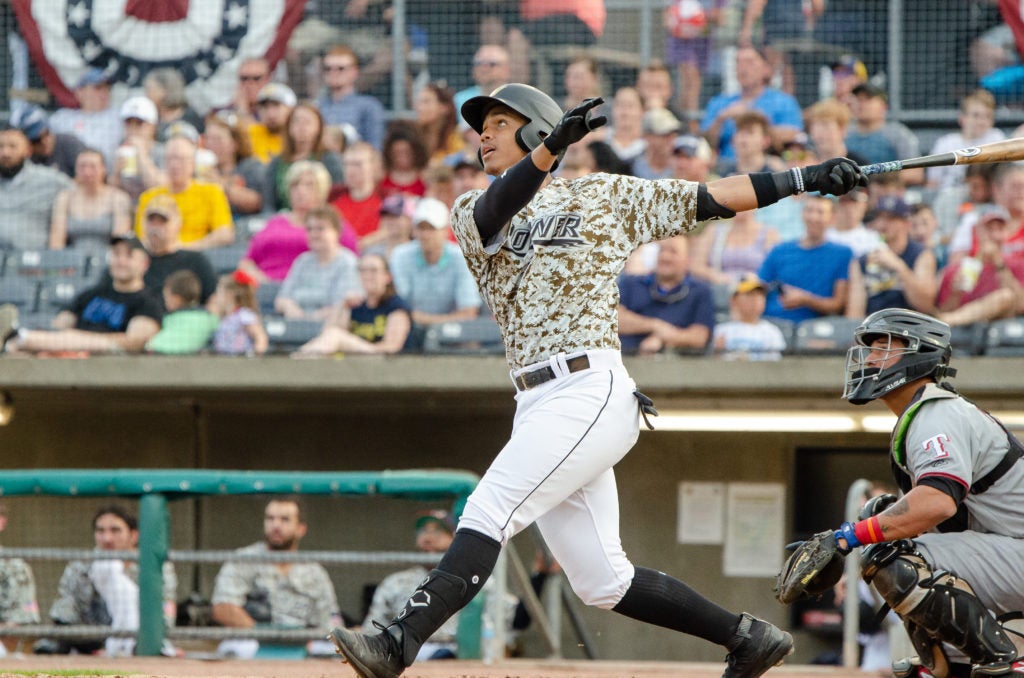 Rodriguez fits the mold of a superstar in the making. He’s a larger than life corner outfielder who mashed 42 extra-base hits in only 84 games last year. This year, he’s poised to start in Modesto – barring an unforeseeable Spring Training – and while he won’t hit nearly .500 again, he’s got the talent to rake his way to Double-A Arkansas before long. Once he’s there, he’ll have the advantage of hitting the same baseball that MLB and our boys in Tacoma were mashing in 2019, which led to a record-setting year for long balls. If the juiced ball rolls J-Rod’s way with the Travelers, we’ll see him don the R before we close the curtain on 2020.

2. Anthony Misiewicz Will Top His Best Outing of 2019

If you were at R House on Aug. 4 last season and glanced up at the scoreboard, you would’ve seen zero, after zero, after zero… after zero. Anthony Misiewicz had himself a day as he cruised to eight no-hit innings against the Iowa Cubs. The Michigan State product walked a batter in the fourth inning, but kept the Cubbies out of the hit column while striking out 10, a season-high that he also matched in his final start of the season. Unfortunately, it takes at least three pitches to strike a hitter out so Mis’ was yanked after eight frames with 116 pitches on his ledger. Iowa picked up their only hit of the game in the ninth inning. 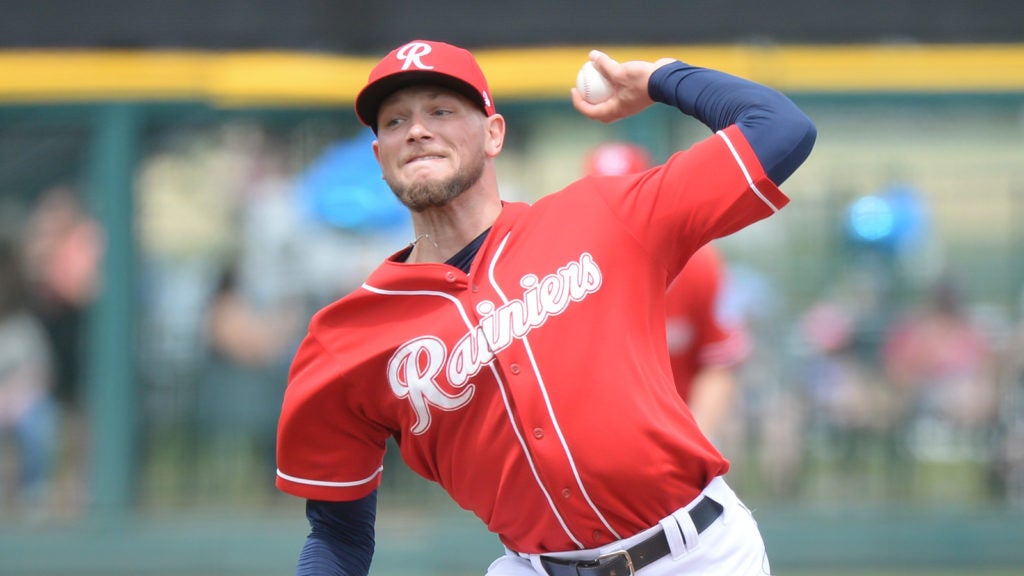 You can call no-hit bids a fluke, but that performance was part of an impressive six-game stretch to end what was otherwise a frustrating Triple-A debut for Misiewicz. After posting a 7.52 ERA through his first 13 appearances with Tacoma, the left-hander went at least five innings and surrendered two or fewer earned runs in five of his last six starts. He threw quality strikes and lowered his ERA to 5.36 by season’s end (for reference, only eight qualified pitchers logged a sub-5.00 ERA in the offense-driven 2019 PCL). If the 25-year-old can pick up where he left off, there will be more zeros on that scoreboard in 2020. Just don’t jinx it.

Your Rainiers didn’t have the on-field success that they hoped for in 2019, finishing 61-78 at the bottom of the PCL Pacific Northern Division. This is a new year – heck, a new decade – and those standings will look a lot different at the end of 2020.

Last season, Double-A Arkansas won 81 regular season games, more than any other team in the Texas League, and boasted a league-best +105 run differential.

At the plate, there wasn’t a soft spot in the lineup, and let’s just imagine for a second what it will be like in 2020.

Just as a pitcher is thinking he’s won by holding Jake Fraley to a single, here comes Evan White, then Dom Thompson-Williams, followed by Kyle Lewis, Cal Raleigh, Jarred Kelenic, and THE LIST GOES ON. After mercifully recording their third out in the field, our opponent now has to step in the box against the likes of Sam Delaplane, Art Warren, Jack Anderson, Justus Sheffield, Logan Gilbert, and the aforementioned Misiewicz who spun a 2.52 ERA in seven starts with the Travelers.

While not all 25 guys who dominated in Arkansas will be Rainiers in 2020, some will, and while they’ll be a few of the greenest players in the PCL, they also have the potential to have some of the biggest impacts in the league once they get accustomed to Triple-A. With the combination of these dudes and a few of the new faces that the Mariners have brought in for depth, the Rainiers will have a roster built to be popping champagne before the regular season ends… except Julio Rodriguez, because he’ll still be a teenager.

The Rainiers begin their 2020 home campaign, the 61st season of professional baseball at Cheney Stadium, at home on April 9 at 7:05 p.m. PT against the Fresno Grizzlies. Tacoma’s entire 2020 schedule can be found here.

To inquire about 2020 season tickets, group and hospitality options, contact tickets@wertacoma.com. The most up-to-date news and notes about the Rainiers throughout the season can be found at WeRTacoma.com, or by following the Rainiers on Twitter (@RainiersLand), Instagram (@tacomarainiers) and liking the team on Facebook.